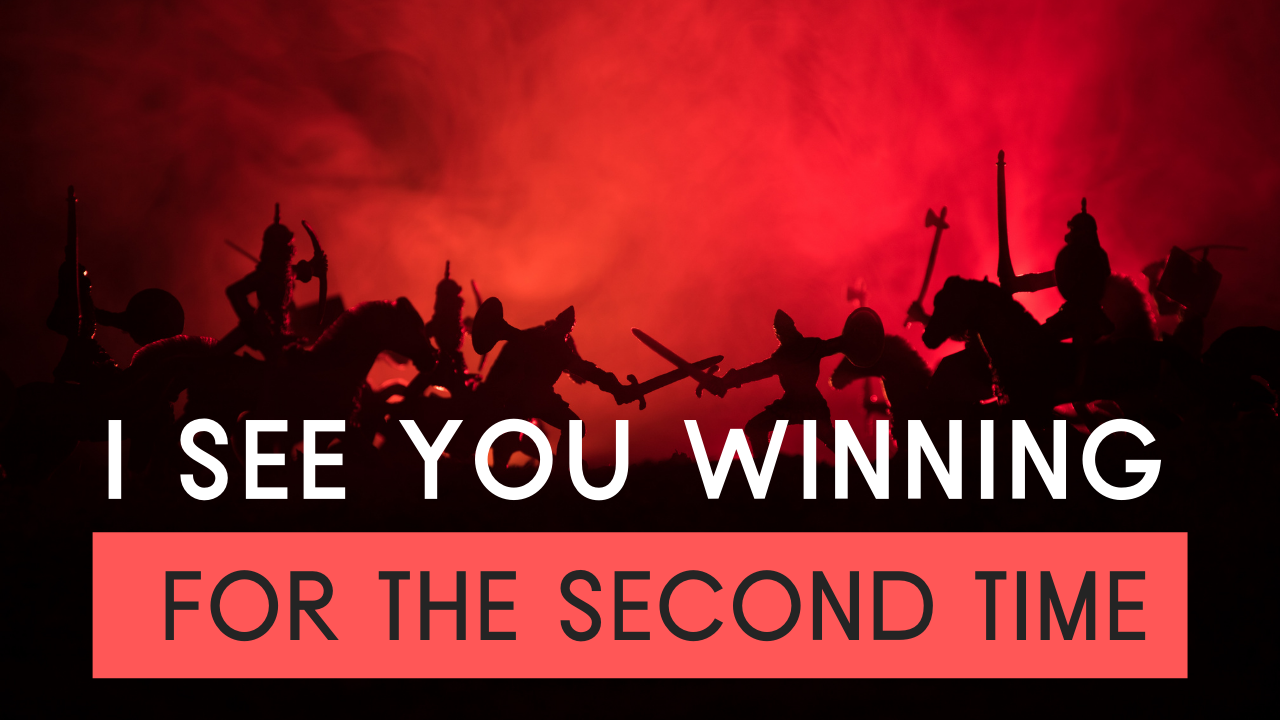 There is something which you must know; there is something I need you to understand. The Lord is showing me that your enemy has been summoning principalities against you and that is why you have been facing constant attack and feeling trapped, as though your life is in a stand still.

The Lord showed me that there is a warfare going on, and this time your enemy has gone after the big boys; the principalities. But there is something I need you to understand about principalities. You see, once you deal with an ordinary spirit, it doesn’t come back. But when you are dealing with principalities, it is guaranteed to come back.

Yes, the Lord showed me that retaliation you have been facing in your spiritual life, in your marriage/relationship, where your calling is concerned, is because of principalities.

The prophet came to the king of Israel and said to him, Go, fortify yourself and become strong and give attention to what you must do, for at the first of next year the king of Syria will return against you. (1 Kings 20:22)

The Bible tells us about a wicked king named Ben-Hadad who summoned 32 kings with their armies to go up and attack Israel. God gave them victory the first time but the prophet came and told them to strengthen themselves for the same problem will return next year.

Child of God, the truth of the matter is that you don’t win a principality in the first round. But after you win the first round they will try and come back; and then you have to win for the 2nd time.

Just like the prophet told Ahab, the king of Israel, fear not for the Lord will give you victory.

I see God is about to give you an upper hand over every demonic principality that has been summoned to attack your life, your children, destiny. Every principality that is planning to come back again to fight you for the second round, God has already given you victory.

But in order for this to happen, there are specific instructions you must follow. The prophet didn’t just tell the king of Israel that they would return again the next year, but he told him to strengthen himself and do whatever must be done in order to prepare for the next round.

That is why tonight you must build God an altar to receive the anointing to win the second battle.

Last year one gentleman called me during the lockdown. He had received a huge inheritance from his father but all his brothers and relatives were fighting him. Not only was he being taken to court but he was under extreme spiritual demonic attack. I prayed for him and I told him to sow a seed of £232. As soon as he sowed that seed, every battle he was experiencing, bad dreams, dreaming with the dead, demonic attack, no peace, accidents, etc. it all stopped instantly. I told him that God was giving him victory but that needed to prepare himself for this same principality was going to come back again in 8 months’ time. 8 months later he called me. He had received a court letter that his brothers were questioning his DNA. The man began to worry, what if this man was not my real father. But the day when they appeared in court, the judge told them that the fact that this man received such a huge inheritance is proof enough that he is his real son. She threw the case out and the man won!

Child of God, every principality that have risen up against you, against your family, today receive the anointing to win every battle.

Now Here’s What You Must Do:

1. I need you to send me your prayer agreement form with the list of those areas where you have been facing constant attack, feelings of being trapped, areas where your life has been standing still.

2. You need to build God an altar to receive the anointing to win/overcome the second battle. Ahab appointed 232 officials and 7000 soldiers. There are 10 people who are going to raise up an altar of £232. The same God that gave king Ahab victory will give you victory. And if you know you don’t have 232 then you can give £32 and declare let every pound fight every demon one by one. Child of God you can also give a seed with the number 7 in it.

3. I need you to send me a picture of your hands. Tonight is the Anointing of the Hands Miracle Service and I want to anoint your hands according to Psalms 144:1 (Blessed be the Lord, my Rock and my keen and firm Strength, Who teaches my hands to war and my fingers to fight). Tonight, I will anoint your hands to war and your fingers to fight. From today everything that comes into your hands you will keep it. You will live to enjoy the fruit of your labour.

Remember you can give with your card through the phone it’s quicker and safer; the prayer warriors can assist you to write down your prayer request. Or you can ask them to write the prayer of agreement form on your behalf; just call any of the numbers on the Prayer Agreement Form.